What's a Dog to Do? PAWTEE, Party and PAWTEE some more!

It's PARTY time....and the good times are a-rollin' in one on top o' the other so fast...why even Travelin' Jack can hardly keep up with the action.... 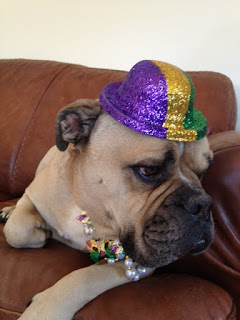 ...as they say in N'Awlins.  I might be in New Mexico and not on a float throwin' out those beads...but I can still partee up Mardi Gras Style!  Don't you agree? 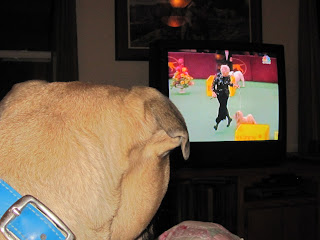 And what happens right in the doggone middle of Mardi Gras this year?  Only THE best dog show in the world...the Westminster Dog Show.  GOTTA....just gotta take in the action.  (PAW-NOTE: Can't Believe the Bulldog didn't win! Bah-humbug!)

But my bully cousin never fear
For there is always next year!
(HEY I'm a poet and I didn't know it....I'm such a clever dawg!) 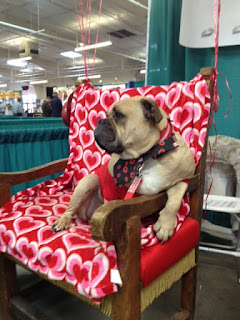 But there's no slowin' down YET of the good times for this pup though!
Why I've just started!
And it's time for the 2nd Annual JACK'S SMACKS KISSING BOOTH!
At the 15th annual Bob Gerding Outdoor Show.
Wouldn't miss this Sweet event for a dog-zillion bones, no way! 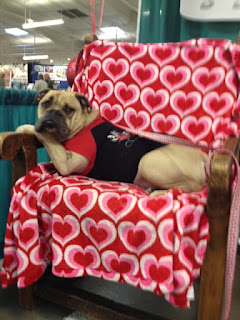 It's WAY too fun kissin' up a storm....but more on this later.
I'm dog-dedicating a whole OTHER blog on Kissin'....Kissin'.....Kissin'  So Stay Tuned JACK Fans...that report will be here soon!
In the meantime, think I'll just relax here a bit and wait for some famous person to pass by...... 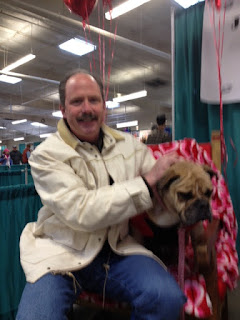 AND here he is!  None Other than our dog-fabulous Mayor of Albuquerque....Mayor Berry!  He's TOPS on my list for many reasons.....but one for sure is the upcoming
Mayor's Dog Ball
....and you can bet your bones I"LL be there!  That's just the Albuquerque Dog-To-Do of the Year!

But back to NOW happenings in this pup's world.  Gotta get back on the air with my all-time FAV TV host, Nikki Stanzione on New Mexico Style on 2 KASA Fox TV. 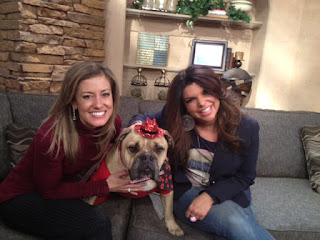 And being the Expert on ANYTHING PET.....it's MY job to ensure that the world knows all the important things there are to know for your pets....so with the NEXT Big Holiday looming 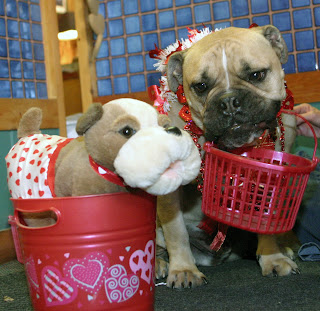 Valentine's Day
...why it only makes dog-sense to talk about the best part of the holiday
PAWSOME VALENTINE GIFTS FOR YOUR PET! 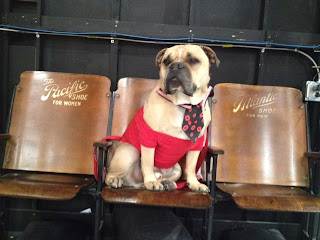 So here I am on the TV set today
...with my kissing tie on...
ready to emBARK upon another great segment to enlighten the world!
My recommendations You Ask?
Well just click on this link....and you'll see me in action with Nikki and Kristin and Jill.
http://www.kasa.com/dpp/nm_style/pets/jack-smacks-on-valentines-day 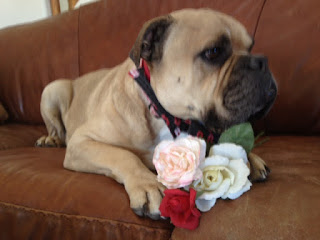 And an extra note along with a word to the wise!
You better get some roses for YOUR sweetheart too!
I'm ready now...just don't tell JILL Okay?
I sure as dog-heck don't want to be in the Dog House this Valentine Day...do you? 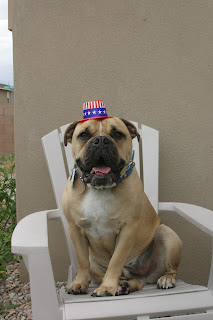 And if THAT isn't enough celebratin' and partyin' for one week.....there's one more holiday happenin' right around the corner...this week...
PRESIDENT'S WEEKEND!
That means we have a long weekend ahead of us.....so I'm thinkin' ROAD TRIP!  There's SO many fun places to go...things to do...people to see....a pup's gotta sleep on this one a bit.  But never fear...I'll figure out my next ACTION plan right quick... 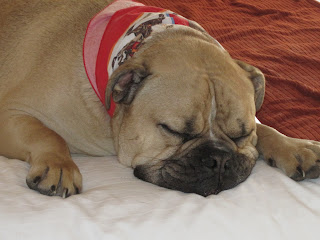 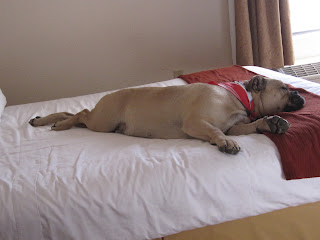 DOGGIE HUGS AND SLURPY KISSES!
Posted by Jack, the Bulldogge at 3:14 PM