Thanks for the VOTEs of Confidence.....LUCKY DOG LOTTERY PHOTO CONTEST! 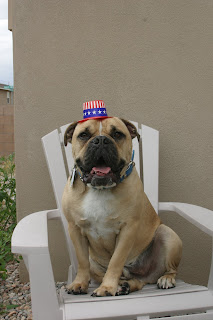 The Voting for Lucky Dog Lottery Photo Contest has ended as of 12noon today.

Here's what NM Lottery has to say about the contest:

Response to our contest was tremendous! Dog owners entered more than 4,700 photos. More than 100,000 votes were cast.

And the contest was a big hit in the new frontier of social media. Several dog owners and their friends used Facebook and YouTube to get out the vote.

Then the New Mexico Lottery will begin reviewing finalist photos to pick six furry faces to feature on the “Lucky Dog” Scratcher’s six tickets. Our choices will be based on a variety of criteria including, but not limited to, photo quality (sharp focus, good lighting, composition), diversity of dog breed and statewide representation.

The six dogs will be announced when the Scratcher launches in May.

Thank you for your support of the New Mexico Lottery. Since 1996, the lottery has raised $466 million for education and 68,000 college students have received Legislative Lottery Scholarships.
Posted by Jack, the Bulldogge at 1:09 PM