Well, it was Memorial Day and the Grand Re-Opening of the Cumbres & Toltec Scenic RR....so I gathered my dog-ficial fotographer, LuAnne Jackson and off we went on a major photo shoot of all the happening things in Chama!  So here goes!  For starters.....it's Opening Day...so off we went to the historic Chama Depot to catch the action along with a few star-gazing moments! 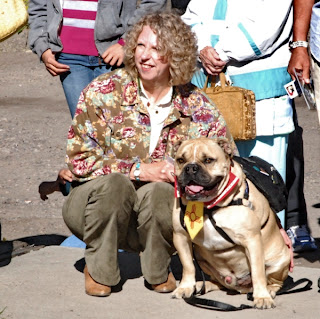 Here we were waitin' for all the big time happenings.  From speeches to dances by Native American Jicarilla Apaches and Santa Claran drummers and dancers....to whistle blowing from the old steam engine...quite the happening place.  I made sure to get a front row seat for the ceremonies...and of course dressed in my New Mexico patriotic tie to come stylin'! 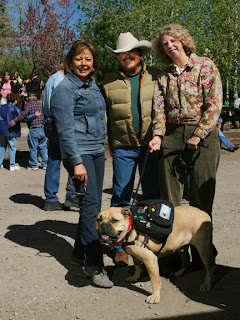 And then WHOO-WHEE DOGGIES! Who did I see, but the FAB Governor of New Mexico herself...Governor Susana Martinez...and the First Gentleman too!  Had to catch a pic with her.....and yup grand gal that she is....she took time for this pup to pose with me.....I was doggone proud, let me tell you!  She was in the middle of everything...from Native Dances to speeches to Photo ops with the crowd...and then off they went on a fabulous Train ride on the Cumbres & Toltec Scenic RR. 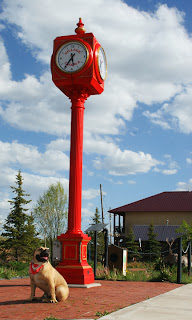 So after the train took off, I decided to check out the local village scene in historic Chama.  They have this big red clock...with a nice park to picnic in, watch the action at the depot from above dog-cetera.  Next stop....SHOPPING. 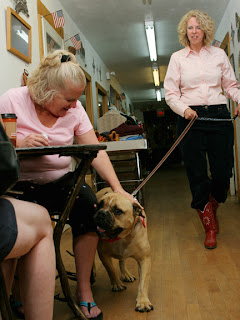 Now here's the dog-tip of the day....You pups out ther..that's right I'm barkin' at YOU!....you can go shopping right inside Mountainview Mall in Chama!  How do you know for sure? Well, there is a nice big water bowl filled with cool fresh water right out front...just a sayin' COME ON IN and browse a bit!  At least that's what is said to me!  And here's a Tip from Jill....for all you 2 legged shoppers check out Ted's famous fudge.  Tell him Travelin' Jack and Jill said to give you  a FREE sample!  SWEEEET deal eh?  Here I am doin' my Chamber of Commerce greeting thing...gotta check in with the visitors you know...make sure they are enjoyin' themselves in Chama.....verrrryyyyy  dog-portant! 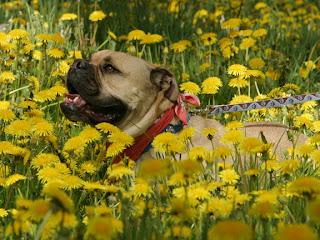 OK shoppin is done.....how's this for a lazy dazy dog dandy afternoon in a field of flowers!  AHHHHH...now THIS is the life. 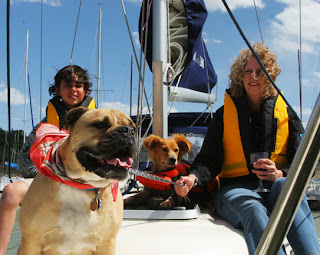 And here's the grand finale!  Wouldntcha know it....I got invited out for an afternoon sailboat ride with my new buddy Roswell....he's the cute little guy with the perky ears!  Let me warn ya though....if you are around Roswell be ready for LOTS o' kisses!  He does like to smooch!  And I thought I was the king smoocher but he's got me beat by a smooch or two.  And then there's my other buddy, Eric....He looks pretty handy on the sailboat deck....think he knows a thing or two about this sailing gig!  What a treat eh?  Am I one lucky dog or what? 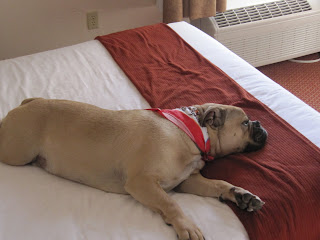 The day is done...and I'm dun tuckered out....but before I doze out on you...here's my final bark for the day.....make sure to check out all  the good times to be had in Chama....it's one dog-dandy pet-friendly place!  And it's nice and cool up there in the mountains too!

Posted by Jack, the Bulldogge at 3:17 PM