There are SO many reasons why all us dog-dandy Americans need to get out and vote this Election Season! 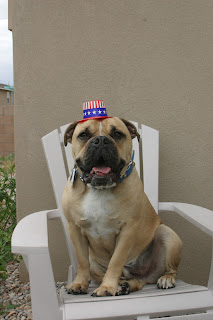 Take it from this Yankee Doodle Doggie.....after all my birthday is the 4th of July!

And here are some doggone GOOD ways you can vote in some VERY interesting elections!

1)  If you are a People....VOTE for the NEXT President of the USA.  It's our doggone duty to participate in this very important right!  Each and every vote counts.....and each and every person NEEDS to make their vote count this year! 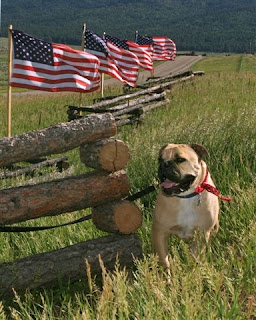 There's nothin' more beautiful than our Grand Ol' USA.....and that is Absodog-lutely the Truth!  And we need to keep those votes comin' to keep our USA grand!

2) PETSIDENTIAL ELECTION 2012!  And yours truly is in the running on this very apupriate election!  The RACE is on....and here's the latest poop-scoop!


We were ahead....now Bad Kitty is taking the lead.  This election...just like the national PEEPS election is going to be CLOSE----too close for comfort.  And the last thing we need is a BAD KITTY for President! Here's some doggone good reasons to vote for moi: 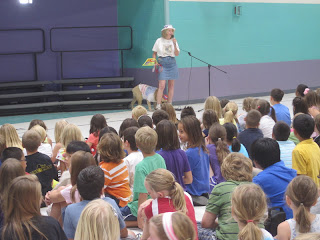 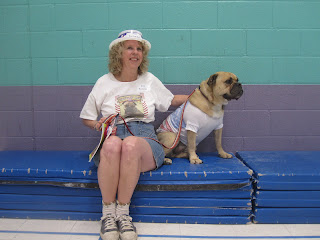 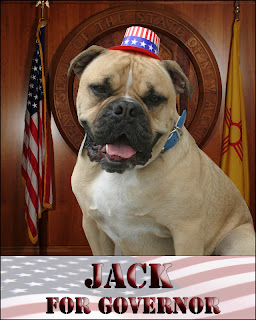 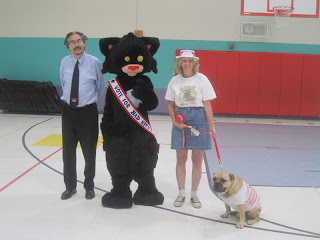 I'm REALLY good at kissin' the voters (and we know that is a proven requirement for any good politician!) 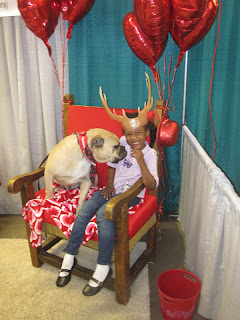 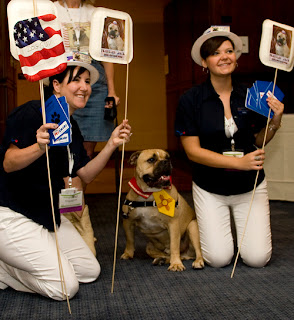 Just click on this LINK ......and vote for the CANINE-didate that YOU know is right for the job!
VOTE for TRAVELIN' JACK.....Not Bad Kitty dog-forbid!
And please note that there is a DONATION box too....a donation of any size goes to help the 4-footed kids at Animal Humane of New Mexico! 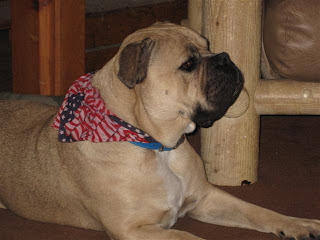 3)  Here's another way to VOTE for those four footed kids.  PetSmart Charities has a PAWsitively fabulous way to show your support and vote for those little ones needing a 'furever' home and family!
PUT ASIDE “PAWLITICS”

Let’s stop fighting like cats and dogs and come together to save homeless pets.....PetSmart Charities has kicked off  United for Adopted Pets – a “bipetisan” campaign that asks cat and dog lovers to put aside “pawlitics” and stand united to save homeless pets.  Here's what they're saying about this special election:

“We believe all pets are created equal. Whether they’re dog or cat, purebred or mixed breed, every pet deserves a lifelong, loving home,” said Laura Ingalls, “Campaign Manager” at PetSmart Charities, Inc. “The 8 million pets in shelters each year are counting on Americans to stop the hissing and barking and support one life-saving policy: pet adoption.”  The latest “water dish” poll indicates that pet lovers are ready to come together. Though 41 percent of pet lovers say they lean toward dogs and 21 percent lean toward cats, 38 percent consider themselves independent – that they love both. Most important, 76 percent are planning to adopt instead of buy their next pet – be it a dog or a cat.*


So Here's what YOU can do......Stand Up for Four-Legged Friends!  No matter your “pawreference,” you can lend support to save homeless pets today. Download and share the United for Adopted Pets badge at www.facebook.com/PetSmartCharities. Then don’t forget to cast your vote for pet adoption by taking the online poll. Final results will be announced on October 25. 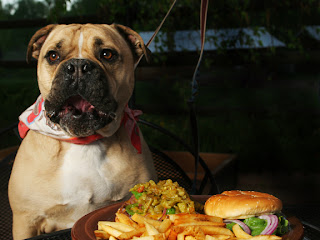 4)  And finally  here's a way to stand up and shout about FOOD!
You can bet your patooties that this is a sure fire VOTE from this pup....FOOD!
Check out this organization....It's called BOGO Bowl...and they LOVE to help out the 4-footed kids in the Shelters.  It's really easy......check out their website and see how you can buy some edible votes for the kids in need.   For every bag you buy....the shelter of your choice gets dog food for the furry kids.  Pretty DOGGONE Kool if ya ask me!  It's got my vote of approval! 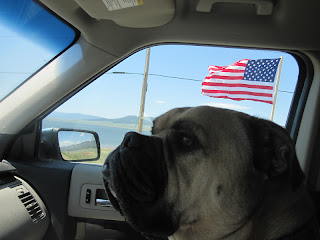 So get in your car...and drive to the nearest polling location....(or the nearest website too!)....

DOGGIE HUGS AND SLURPY KISSES!
Posted by Jack, the Bulldogge at 7:28 PM