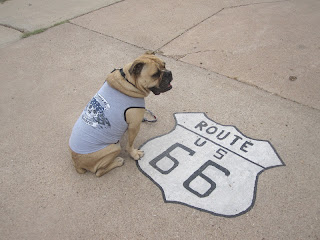 It all started on Route 66......well at least THIS trip did!  You know Jill and I have been trackin' all over the state on this fab-tabulous "GET THE PICTURE" contest that started on January 12th, 2012.  We've been makin' tracks since that time....tryin' to find all 100 vintage photos! 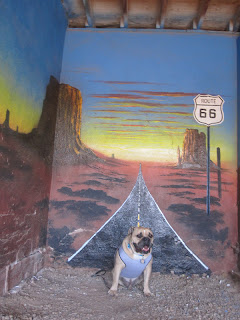 So we headed down Rt 66 this week to snap some more of those special shots! Whew!  We're ALMOST there!  Here in Tucumcari we captured another one for the books! 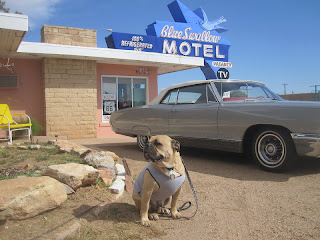 And where else but at the historic Blue Swallow Motel! YAH...another MATCH! 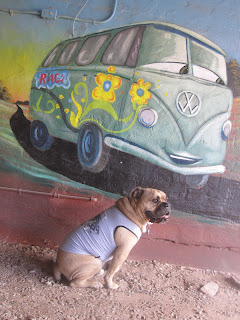 But my dog-philosophy is that while you are on the road...you gotta stop and smell the flowers eh? 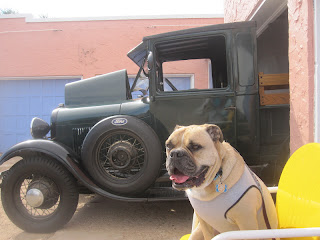 Yep....this place is chock-full of old-tymie things to ponder about...from comfy retro chairs to Model T Fords...why a dog (and his person) could stay here awhile...this is one dog-dandy good find! 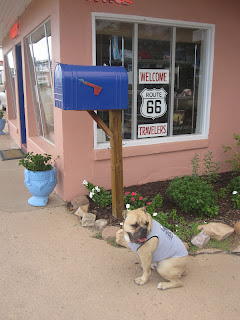 I've got a nose for dogscoverin' nice places....and this is one for the memory books I can tell!  And of course...I checked out to see if they are pet-friendly!  YUP-PUP...they are!  So' I'm comin' back I tell ya! SOON! 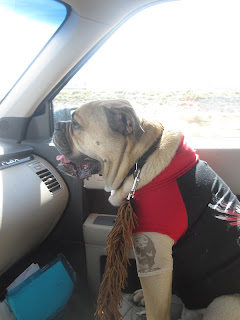 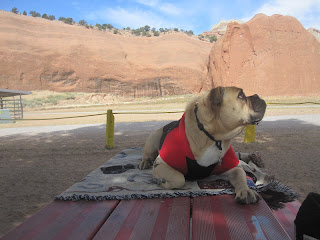 Like the dog-tastic Rock Cliffs at Red Rock State Park in Gallup!  Not only are the rocks RED...but they're GINORMOUS too!  Now what better place to stop for a little picnic eh?
Yep, we're kickin' some good times down this ol' Route 66! 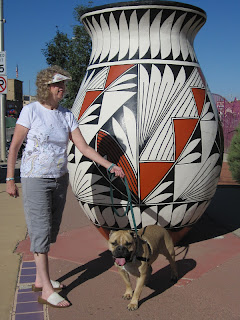 Gallup is too doggone cool!
There's all sorts of fab native artwork everywhere...home to some of the WORLD's finest trading posts..... 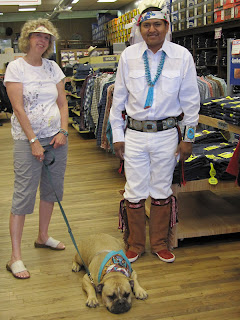 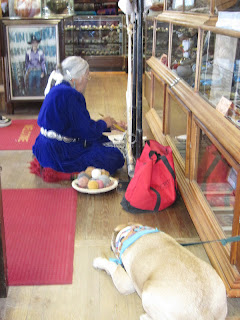 This talented artist is weaving right here in the shop....
HMMMMMM wonder if my paws could do that weavin' stuff?  NAAW...I'll leave that to the experts! 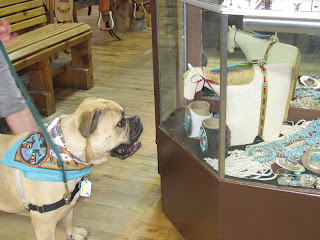 Gotta visit one of MY favorite trading posts....and that would be Richardson's Trading Post.......you can find ANYTHING here Native American that's for sure!  Hmmmm...maybe I should pick up some fine AND authentic Native American jewelry for Jill here, what'dya think?
That' one's nice.......I'll TAKE it! 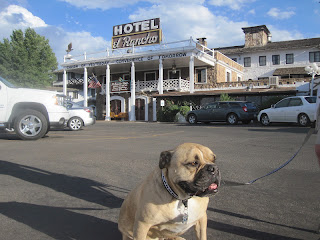 And here's yet another grand dog-scovery by this Dog Reporter!  The historic El Rancho Hotel...home to the movie stars......hmmmmm that's got me thinkin' maybe this TV star pooch should stay here too!  Undog-fortunately...time to keep kickin' down the ol Route 66...so no time for snoozin on this trip...but as that movie star Arnold likes to say...."I'LL BE BARK" (er somethin' like that!)   But it's true....I am comin' back cause they TOO are pet-friendly....WoW!  I'm on a roll this trip, wouldn't you dog-gree?
It's been fun drivin through New Mexico and gettin my kicks on historic Route 66....but now it's time to get dog-serious...and KICK some cat's butt...... 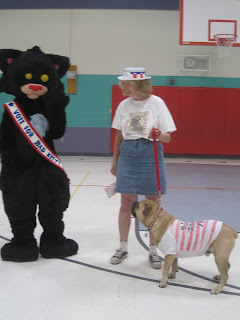 and that would be none other than BAD KITTY!  Whoo-doggies...take a look at this guy wouldja?!? He's one dude cat if ya ask me
.....so it seems I gotta get out and lobby for some votes for ......

where I'm takin' on BAD KITTY  for Petsident of EVERYTHING Pet!  So time to hit the campaign trail...gotta get those KID votes (and big people too!) but today, I'm headin' to Double Eagle Elementary to dog-scuss my canine campaign platform 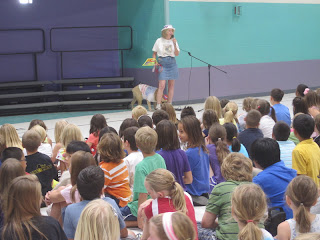 Bark about a Campaign RAlly!  Now this was one fun GIG!  Gotta check out the crowd from between Jill's legs to make sure it's okay out there amongst all those kids! 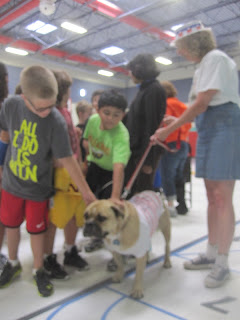 YUP-PUP they're cool!  They know a winning Canine-didate when they see one! 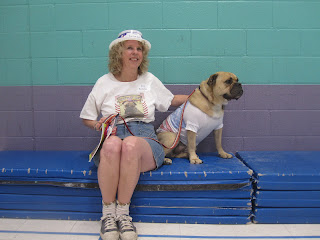 I sat politely while my competitor tried to woo the crowd... 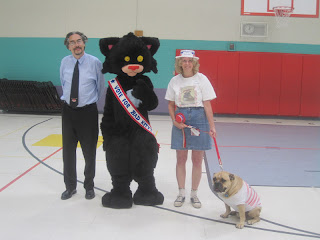 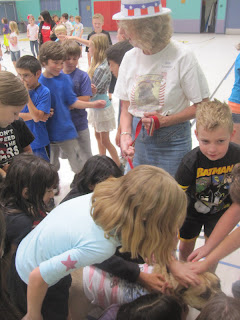 the proof is in the puddin'....or in this case the pattin' on the head...YUP..think I got their vote

Now I just need YOUR vote!  Come on New Mexico...and the world too.....Vote for ME...the best DAWG for the job....no bones about it!  Cast your vote here...and vote OFTEN...just click on this link here

So that's how this dawg does it all......from Gettin' My Kicks on Route 66.....all the way down the campaign trail...kickin' this cat's patooty.....that's what I'm barkin' about!   Thanks for your VOTE of dog-confidence!  I won't disappoint...I doguarantee!

DOGGIE HUGS AND SLURPY KISSES!
Posted by Jack, the Bulldogge at 9:04 AM